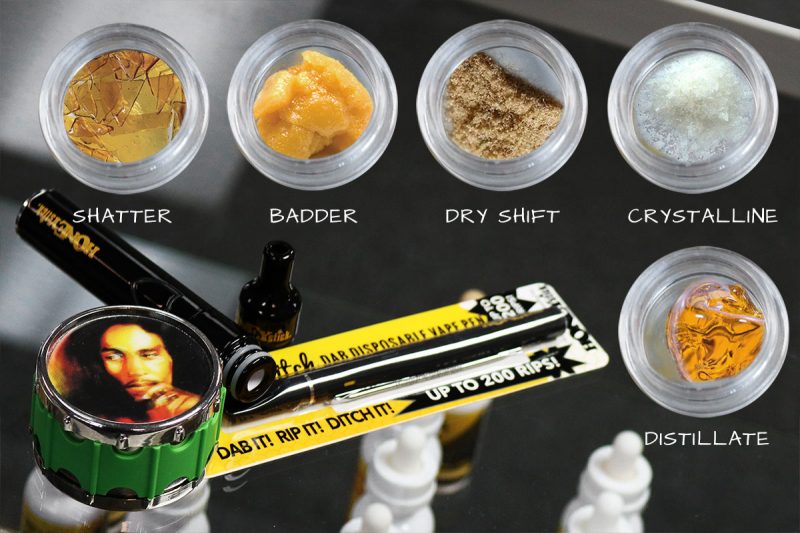 Shatter Concentrate gets its name for its shattered-glass like consistency since it often shatters into little pieces. Being known as one of the purest forms of concentrated cannabis, shatter is generally clear or yellowish in color. It’s smooth, solid, maybe a little sticky and is made into thin sheets much like caramel hard candy.

Badder Wax concentrate, unlike shatter, is waxy in nature. The consistency is much like warm candle wax and usually needs to be handled with a dab tool because they can be extremely sticky. Wax is normally yellowish in color and can be vaped or smoked out of a bong.

Dry Sift, also known as Kief, is the most basic of the cannabis concentrates. It is a golden powder-like substance that is left behind after bud is finely ground up and all that is left are the cannabis flower’s trichomes.

Crumble Wax is typically used to describe a type of wax extract that is already broken up or crumbled (hence the name). Crumble type of wax is considered harder to handle and less popular than other types of extracts.

Isolates and crystallines are the purest forms of concentrate on the market. There are lab-tested THC or CBD isolates that have 99.9% active cannabinoid contents in them. After the entire extraction takes place, all that remains are pure isolate crystals which appear as a crystalline powder.

Distillates are made by exposing a winterized and decarboxylated extract to heat and vacuum, which promotes the separation of cannabinoids based on their different boiling points.

Portability vs Intensity in Dabbing 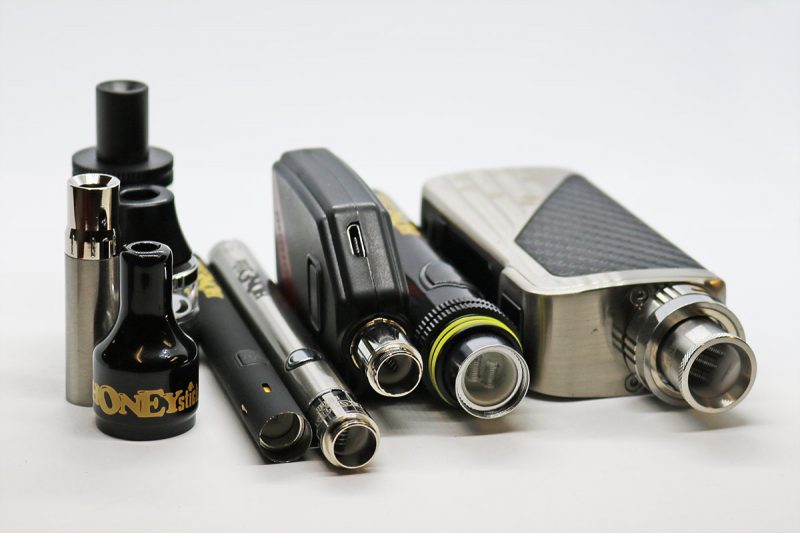 What is more important to you when dabbing – Portability or Intensity? What’s more important to you: is it the flavor that you get off of the concentrates or are you more of a dab intensity person to where you like the power of the hit and the amount of fill with the heat up.
Let’s run through our wax vaporizers and dab pens and see how they fit in those categories.

If you’re looking for on-the-go wax pen and you like things that are discreet and stealth but you don’t want to sacrifice the big box performance check out our dab vape pen category. From stealth very discreet pens to powerful full-size box wax vaporizers. HoneyStick carries wax devices that will fit in all dabber preferrences. 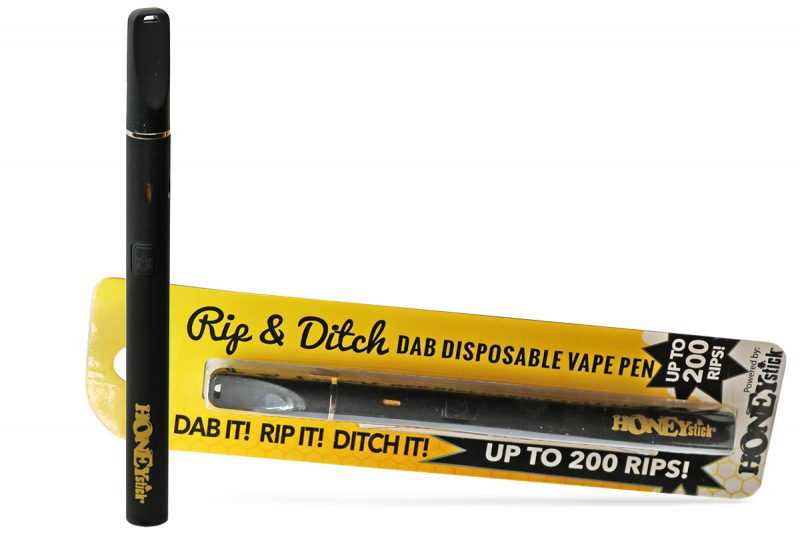 CONVINIENT & AFFORDABLE The least expensive wax and dab pen we offer is a Ripp’n’Ditch. It is a disposable wax vape pen, which means that you use it and when the battery runs out you can just throw it away. It’s super convenient, no need to clean it or maintain it. Just use it for a while and toss it out.

POWER This unit will get you about 200 good rips of the original charge. Then you would dispose of the whole vape pen. It has a push-button to vape operation. A five-click lock like most vaporizers. This dab pen still has big power and deliver good concentrate taste because it has a ceramic bowl and a quartz coil atomizer.

SMALL & PORTABLE You’re still going to get good flavor and the good intensity out of that. The dab battery is powerful enough to deliver a decent heat up time. A disposable wax pen is a perfect solution if you’re traveling and you don’t want to fly around with a vaporizer that could possibly have medical residues on it. 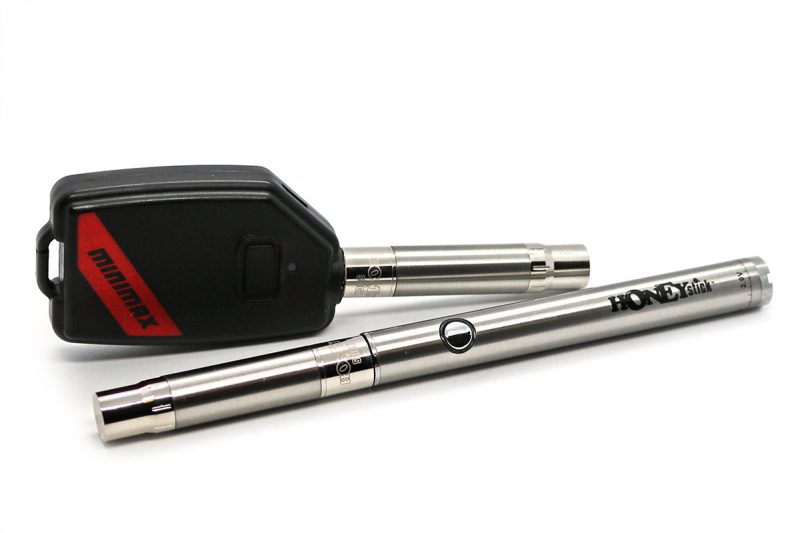 Mix & Match dab pen battery and wax atomizer 510 could be a very less-expensive yet perfect solution for dabbers since we offer so many options in both: 510 thread battery and vape tanks for concentrates. For example, you can take one of our wax atomizers like the Silencer or the Phantom Wax Cartridge and pair it with our awesome minimax battery. When you pair these two things it turns into an extremely small extremely light little dab pen that you can attach to your keychain. Very concealable, since there’s no window on the vape cart (all stainless steel). The Phantom wax tank has a dual rod and ceramic bowl and because our minimax is a very powerful little 510 battery you will get super-fast heat-up.

Portable mini wax pen like our NANO Dab Pen is a slim totally stealth wax pen. The body of the wax tank and the 510 battery is completely matched making a really cool discreet stealth little dabber setup. The thing that sets apart this dab vape pen from the others is its rapid heat-up time and low resistance. Small-sized stealthy vape unit that offers you big box performance. 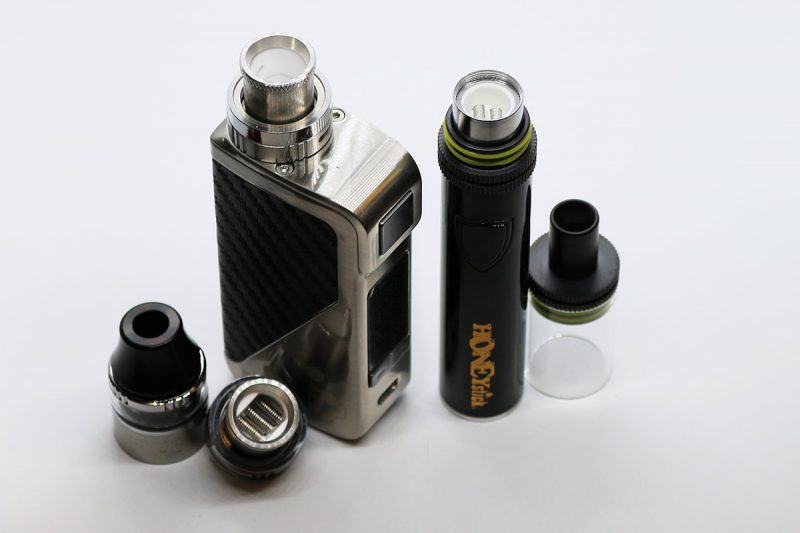 If you are looking for a powerful vaporizer to use with concentrates like wax or dabs – then the Sub-Ohm Extreme wax Vaporizer is certainly a product that you’ll want to consider. This product was created based on the demand for a powerful vaporizer that can handle various types of concentrates and that offers variable voltage control to dial in the perfect temperature. The Extreme Concentrate Vaporizer is made by combining a powerful 2000 mAh Mod Battery and Extreme Wax Atomizer. The Extreme dab tank kit comes with 2 types of Sub-Ohm heaters. Triple Quartz Coil Heater and a Ceramic donut wax heater. Hands down, this is one of the best dabbing vapes for sale in our vape store. The Extreme wax vaporizer is for someone that is looking to buy a daily-use power vaporizer for concentrate, that is designed to hit hard. Extremely hard.

About the Author: admin